We've just seen some credible evidence in the form of a "web cached" by Google page from a pro audio retailer showing product shots of Native Instruments Komplete 11 , Does this mean the long awaited version is about to be released?

It would certainly suggest so, Native instruments and dealers have also been heavily discounting Komplete 10 and upgrades/crossgrades to version 10 recently which would be a wise move to shift that old stock before Komplete 11 hits the market.

Take a close look at this image we pulled from the cached page, what new additions can you spot? 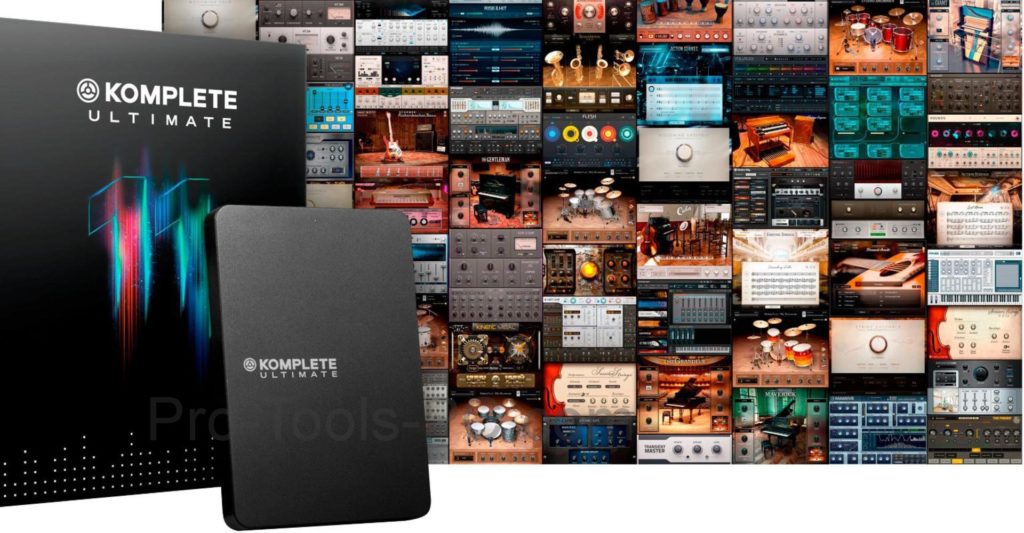 So what do we expect from Komplete 11 ?

Kontakt 6 ? - NI's flagship sampler hasn't had a major update in quite some time although it's been evolving heavily in the last few versions into the most well known and utilised engine for 3rd party sound library developers.
what would you like or expect to see in a new version?
Do you think Komplete 11's update will mostly consist of new bundled Kontakt libraries?

Guitar Rig 5? - Guitar Rig was at one time the premiere guitar amp and effects suite, has this title fallen due to newer startups with better realism accuracy such a Kazrog Thermionk and Recabinet, Bias Desktop or Avid Eleven MKII.

Massive, Absynth, FM8 ? - Will we see updates or changes to these Synthesizers when NI's focus has been so heavy on Kontakt powered sampled sound libraries or Reaktor powered Synths and Effects?

Effects ? - Whethere they are Reaktor powered or Classic Vintage models where could NI go next?