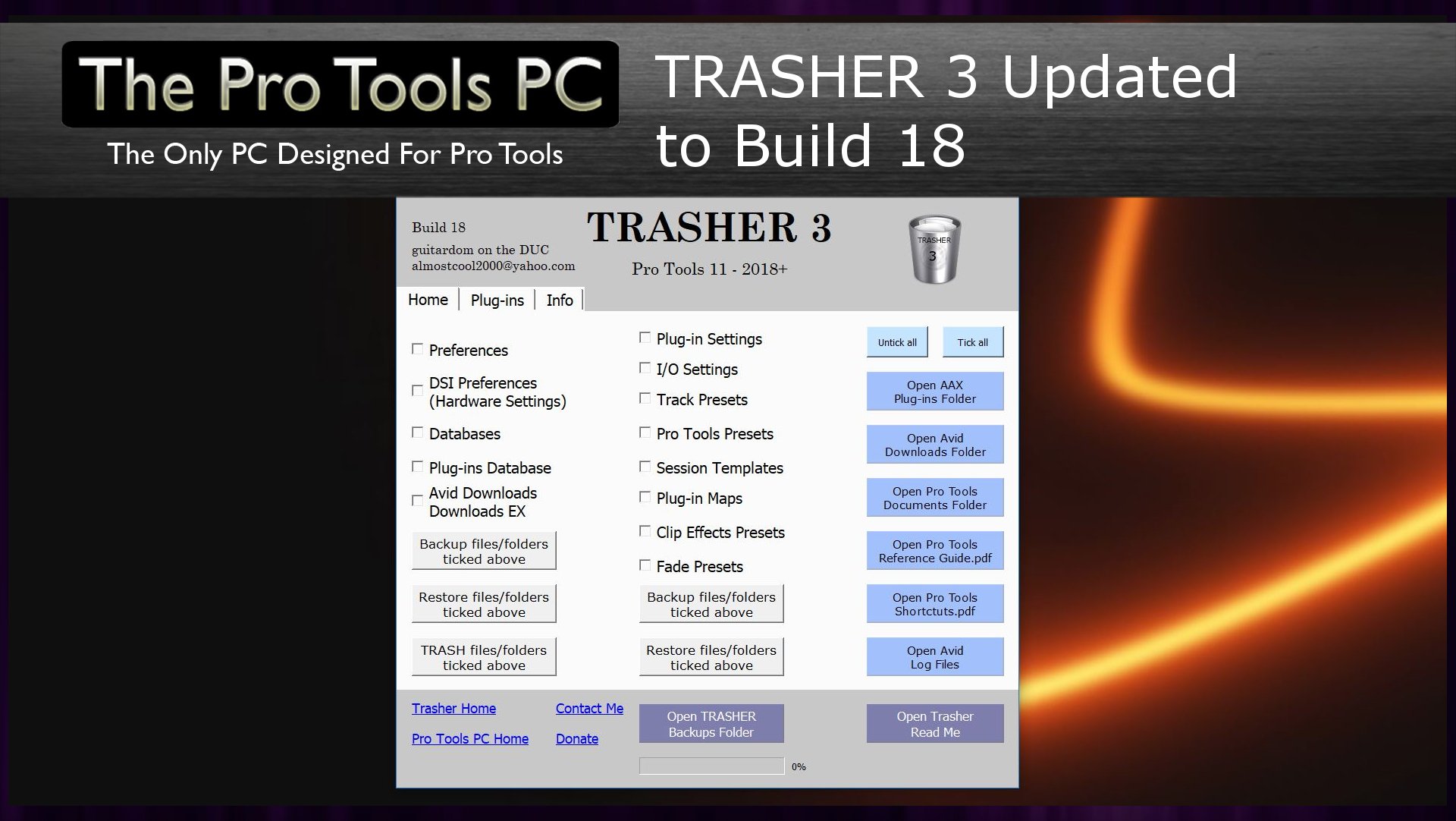 A few weeks back I released TRASHER 3 to coincide with the new features in Pro Tools 2018.1 such as Pro Tools Presets and full implementation of Track Presets. The biggest issue was that I did not have any representation for when a function was in action. So this build is mainly a maintenance release. A progress bar is now added along with buttons to tick or untick all the boxes in the main home tab. There is also a bit of code cleanup and optimization. The UI has been slightly modified a bit as well for the changes. 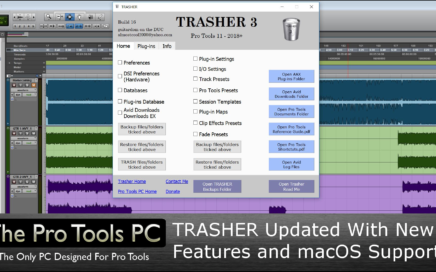 Avid released Pro Tools 2018.1, with quite a few new features added. I decided to update TRASHER in order catch all the new settings and files. For many reasons, I ultimately decided to rewrite the entire application and go for macOS while I was at it.. I made some other changes internally such as backing up Plug-in Settings for instance is now "smarter". It will cycle through the folder recursively (folder by folder, file by file) and compare names. If a file name matches in an existing folder during a backup or restore, it will replace the file. Otherwise no files are at risk of being lost through a folder dump for example. Anything and everything being replaced or trashed is sent to the recycle bin, so it is recoverable. 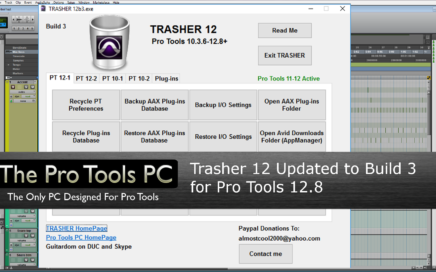 Trasher has been updated to build 3. There is only a few minor fixes and additions from the previous version. The installer is available here http://www.pro-tools-pc.us/category-s/1514.htm 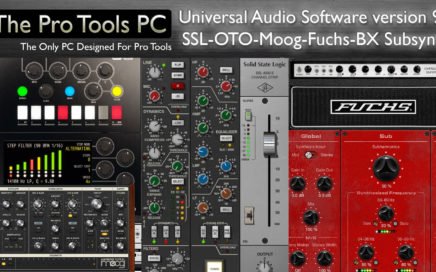 Universal Audio have just announced their UAD 9.1 Software update including raft of new Plug-Ins and some new features as well as compatibility improvements and bug fixes. 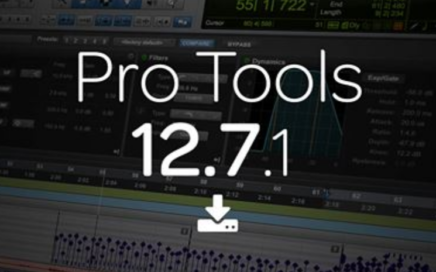 Avid have today released a Pro Tools maintenance update, Pro Tools 12.7.1 covers many bugfixes and enhancements here's the full list from the included release notes below.
Eligible users should be able to update via the Avid App manager or by direct download from their Avid accounts shortly. 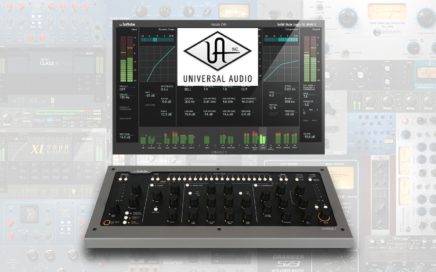 Softube, Makers of the Console 1 hardware controller and classic mixing console emulation suites have just released and update that enables select Universal Audio DSP powered plugins to be used within the Console 1 environment.
This now means you can swap out one of the console 1 EQ's or Compressors with one of your favourite UAD alternatives.

Obviously you are rquired to own a Universal Audio DSP hardware device and associated plugins but its a great way to expand your options if you already have or are thinking about owning both. 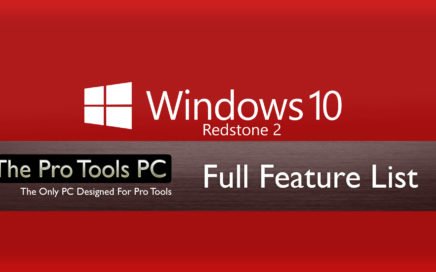 Redstone 2 huh ! - Well as We mentioned in a previous article here on the Pro Tools PC blog, We are not in the habit of posting news about incremental Windows updates beyond the usual warning of creating safe backups and ensuring you have no mission critical outstanding work to get finished before taking the plunge and performing the updates. However (As the great BBC quiz show Mastermind states ) "I've started so I'll Finish and publish this post detailing the feature list for the upcoming Windows 10 Redstone 2 update due to be released into the wild at the end of March / Early April 2017. 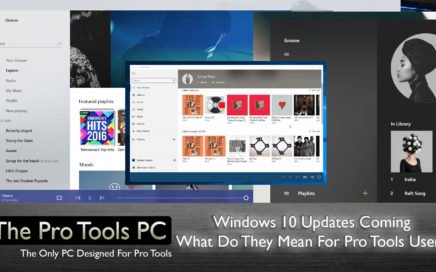 Windows 10 Updates Coming – What Do They Mean For Pro Tools Users?

Since the launch of Windows 10 Microsoft has ceased the traditional "Service Pack" update roll outs and instead tried to usher in a somewhat nameless Windows 10 updates procedure that to my experience doesn't actually seem all that different to what we had before the most notable being the 1st year "Anniversary" update fairly recently. 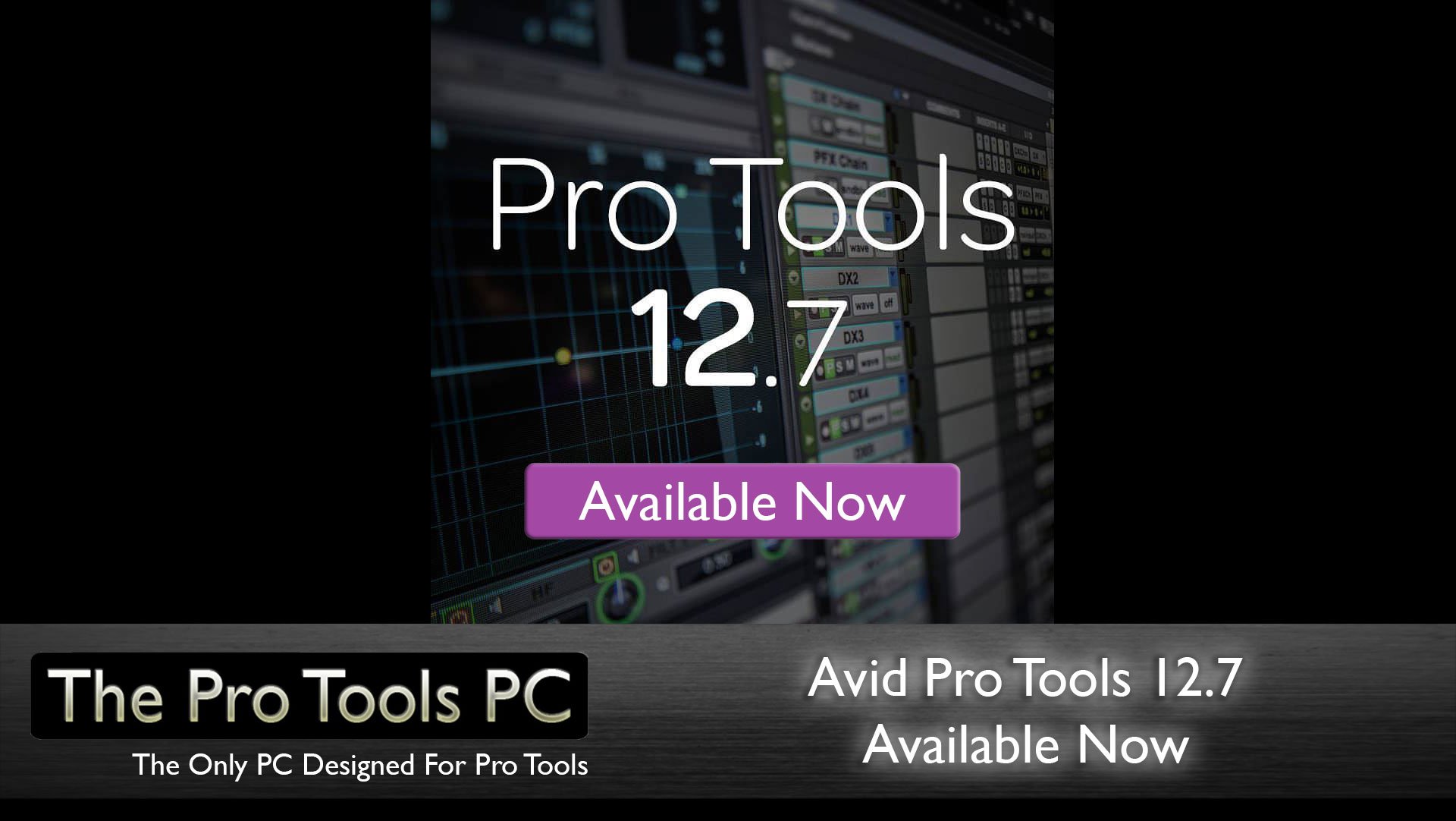 Avid have released Pro Tools 12.7 which most notably brings the following new features: 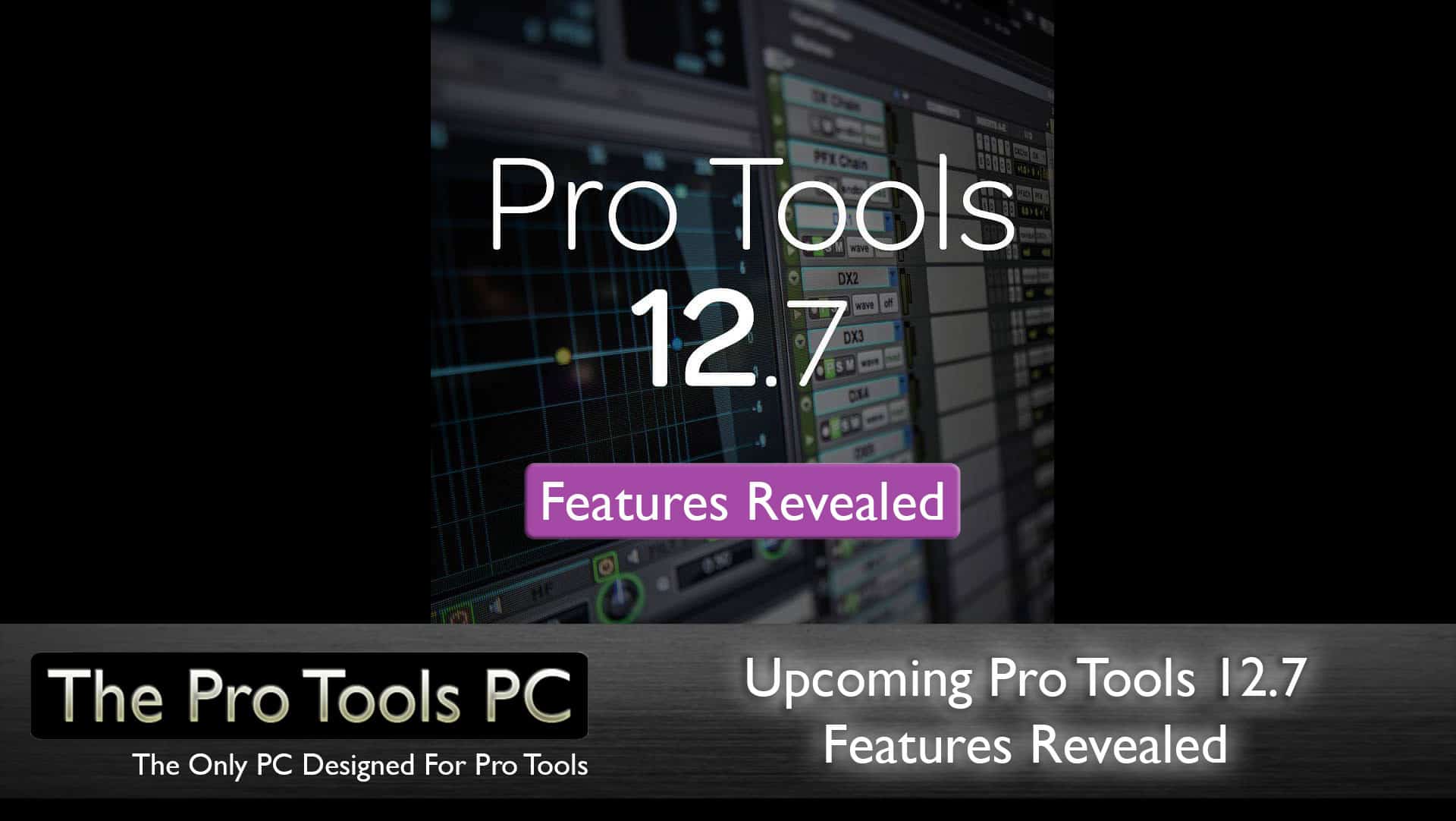 Avid Have updated their website documentation to include the upcoming feature in Pro Tools 12.7