Despite how great and feature packed the Windows Operating System is, There are always some really useful specialist add-on's available from 3rd party vendors that can really make a positive difference to your system and work flow for example have you ever wanted to use a Mac hard drive with Windows?
Windows-based PC's are such a popular computer platform that there are quite literally hundreds of thousands of possible applications and utilities out there all claiming to make your system run better or make your working life more efficient. However as many of you will know in order to keep your Windows Workstation in tip-top condition it's vitally important to not just install anything and everything that takes your fancy because for every useful, lean and efficient piece of genuinely good software out there are a hundreds of other spyware/virus/malware ridden data hijacking horrible pieces of code masquerading as something good.

Dont Miss The Discount Opportunity Below

So, what's good and whats not? 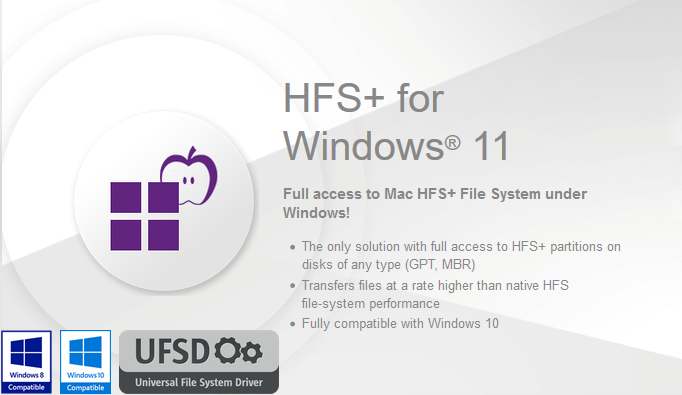 Paragon HFS+ for Windows is a file system drive for the Windows Operating system which allows Windows to see, read and write Apple Mac HFS+ formatted hard drives.
The software driver installs at operating system level and allows the read and write of mac drive in any windows software allowing you to seamlessly move from your Mac to your PC without any complicated juggling of files or drives.

This software works so well that there any Pro Tools Audio and Video session can run straght off the drive and with not added latency or overhead whatsoever. You can continue to run your sessions on the PC, writing new data to the drive and then take it back to a Mac and continue on futher again with no interupt or reconfiguation needed whatsoever.

Memebers of the Pro Tools PC team have been using this software for several years and always found it to perform perfectly, Of course It would not be fair to not mention a similar product on the market (in fact they were the first) called MacDrive by Mediafour which does offer some slightly different added functionality but nothing that you would really need on your Windows machine.

Experience total communication between Mac & Windows with the industry’s highest performing file system technology. Paragon HFS for Windows is the only solution that provides full read-write access to HFS /HFSX partitions on any type of disks (GPT, MBR) under most of Windows versions. Access Mac-formatted partitions in Windows systems with the fastest and most stable HFS driver on the market.

Enjoy free online Paragon support! In case of any problems, Paragon's effective and top-quality support will help you out. All Paragon consumer products come with free support throughout the entire lifecycle.

All customers are entitled to a free 30-day upgrade if a new version appears within 30 days of the product purchase.

We are dedicated to ensure that every issue is resolved to your satisfaction. Get the most from Paragon products long after the initial sale and installation!

Get your Discounted Copy Of Paragon HFS+ For Windows - Click Here Now!

Want to work with Windows formatted NTFS drives on your Mac too ?

Ok so that's working with Mac drives on Windows sorted, but what about working with Windows NTFS formatted drives on a Mac? Ys its true that Mac's can natively read NTFS drives but they can't write to them but don't worry Paragon have that covered too.
Paragon also make NTFS for Mac which you can buy separately or part of a bundle with HFS+ For Windows.

Hopefully you'll agree that this is a good start in gathering together some useful tools for your Pro Tools Windows Workstation be sure to subscribe to our blog posts here to get the next installment along with our advice based on years of experience running and building the best Pro Tools Workstations for Windows and if you are in the market for a new machine be sure to check out our offerings ask us any questions you may have and get all the free tech support you could possible need and join the Pro Tools PC family !