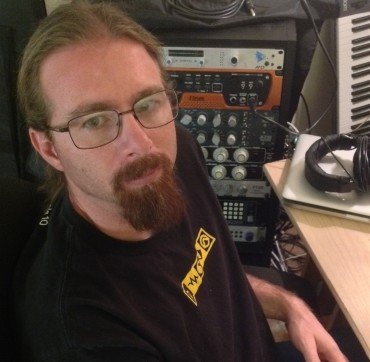 Steve Gilliland may be more familiar as "Guitardom" the man behind the essential Trasher app for Pro Tools. His technical skills, experience and professional, unflapable manner made him the perfect choice for managing The Pro Tools PC in the USA.

Steve started his music career on the typical path of picking up the guitar as a child. Picked up the interest of recording along the way and soon found a new obsession. Graduated from the Conservatory of Recording arts and Sciences in 2001 and immediately landed the gig of a Pro Tools operator at a large studio. Moved into doing everything from ADR, voice over, and commercial work for many TV, radio, and movies with many big stars as well as assisting with some well respected engineers and producers on many albums during this time. Eventually Steve left to build up his own studio in while continually tearing into, repairing, modifying, and building computers (among many other things). This led to assisting others to design, spec out, build and troubleshoot computers on the Avid (Digidesign) DUC. He also developed the Trasher app quite a few years back to assist Windows users in troubleshooting Pro Tools and creating backups along the way. Still very active musically playing for bands and keeping up on his guitar chops when time permits.